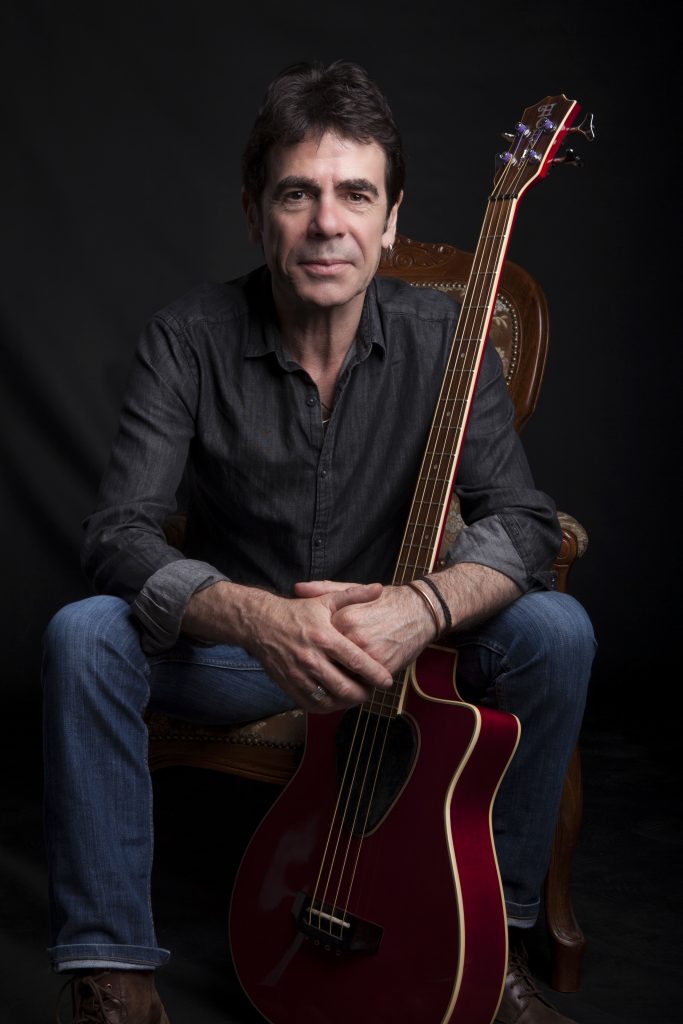 Davy Watson is a singer, songwriter and musician from Belfast. Influenced by Rhythm and Blues, the starkness and simplicity of his voice and guitar combine on songs that speak to the Heart & Soul.

As a young bass player and singer Davy toured with Philip Lynott and Bob Geldoff. He travelled all of Ireland playing such venues as the iconic Dandelion Market and Leixlip Castle. A move to Los Angeles saw him playing and recording with Jack Lancaster, Hazel O’Connor and Madonna. Davy formed ‘Trinity’ with Vivian Campbell and was produced by Shel Talmy (Who, Kinks). His song ‘Only Love’ was used in CBS’s prime time series ‘Live Shot’. Davy was also a featured artist on L.A.’s famous KLOS radio.

Returning home, Davy was awarded a Masters Degree in Music and Media Technologies from Trinity College, Dublin and built on his success in America by regularly touring and recording with Jack Lukeman, Henry McCullough and Gráinne Duffy, playing Glastonbury and other prestigious festivals and venues throughout Europe. Most recently he opened for Beth Hart at the Royal Albert Hall and also on her European Tour.

In August 2018, Davy performed his music with the Ulster Orchestra to a sell-out crowd in the iconic Ulster Hall, Belfast. A DVD and CD of this concert was released last September. 2020 will also see Davy release new music with his band – DWB.